For my latest project, I wanted to be able to easily minify CSS stylesheets, using the simplest syntax possible, ideally using a simple tag in the header, like

After some searching, I found a css minification library for PHP, minify

It was very easy to modify it so that It could be used in our CodeIgniter applications like any other libraries. All I did was wrap the main minification function in Codeigniter specific code. I modelled the interaction on the image library, as I guess that’s what most people are used to. 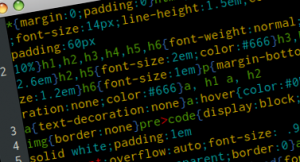 The following code, which should go in your controller, will look very familiar to Codeigniter users.

Will output the following stylesheet tag:

You can get it from GitHub. Don’t forget to fork it if you think you can make it better!

I’m not sure the way I’ve done it, using a

array and so on, is the best way. It might be a bit overkill for such a simple library. I’d love to hear your thoughts on the subject.